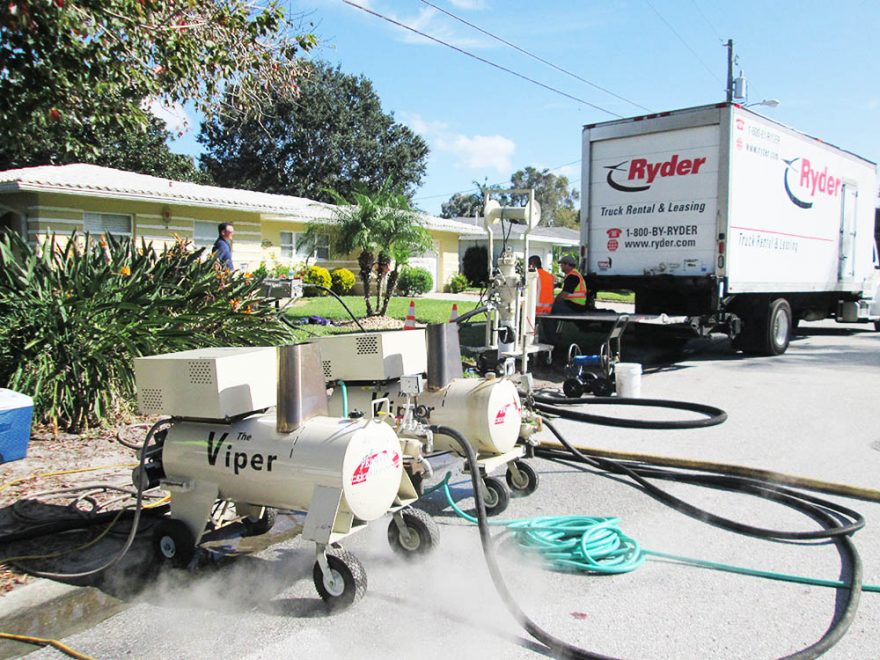 January’s polar vortex is still causing headaches for many living in northern states who were hit hard by the frigid temperatures. Many cities in Minnesota are now dealing with broken pipes that had been frozen and are now thawing.

Duluth is one city that has had its fair share of issues. When temperatures hit 50-below wind chill, crews were out repairing a 6-inch water main beneath the street that had broken, sending water all over the streets; thus, freezing and causing major hazards. That particular section of road has seen many breaks over the years.

A typical broken water main repair for the city to fix falls in the $7,000 range but this adds up if its continual work, which, in this case, it was. Following that water main break, an additional four more pipes broke and had to be repaired.

Duluth averages about 140 pipe breaks a year and has spent approximately $3 million each year over the past several years keeping up with breaking pipes. There are several factors that play into the breaking pipes.

To pay for the replacements, Duluth approved an annual rate hike on water and sewer bills last year of nearly 5 percent each year until 2023.

Duluth can take some steps in getting ahead of potential breaks. Minneapolis has invested in technology to gather video footage from inside pipes to pinpoint the problem spots, so the city can more efficiently repair infrastructure.

No one likes rate hikes but they will continue to happen as long as the aging infrastructure remains unrepaired. And these potential issues are quite prevalent during cold streaks, which Minnesota is currently experiencing this winter.