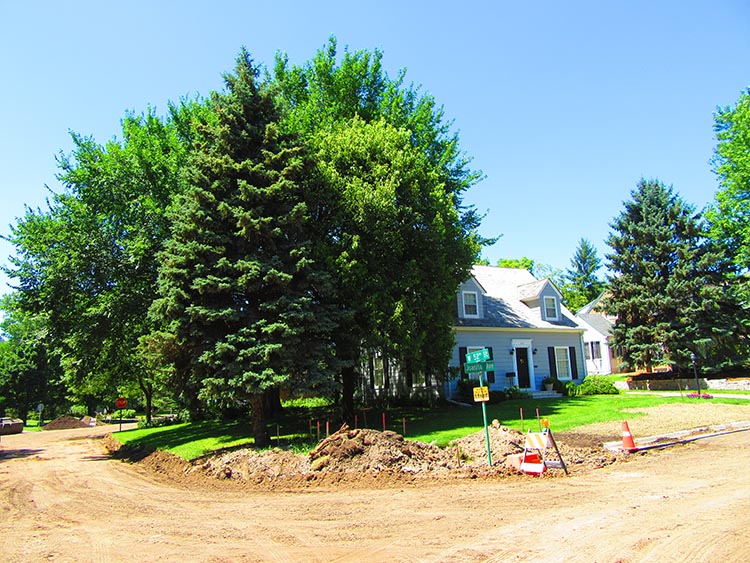 Severe summer storms have been wide-ranging across many cities, including the neighborhoods in Minneapolis and St. Paul. Residents of the Twin Cities and other communities have spent many days cleaning up debris and repairing damaged roofs due to the recent flooding and structure damage from high winds and heavy rains.  Hundreds of other households, mostly to the south and east of the Twin Cities, were left without power.  Across the region, high winds ripped siding off of homes, while more than 2 to 3 inches of rain, in some instances within less than an hour, turned many streets and intersections into raging rivers. In other places, heavy rains, large hail, and winds- clocked between 60 and 80 miles per hour- scattered debris.  Additionally, many stormwater sewers were at capacity, causing street flooding. Many cities have been evaluating how the effects of climate change could generate future complications. With hundreds of miles of underground pipeline, design standards are in need of an increase, in order to prevent future overflows, when wet weather events occur. However, in dense urban areas, larger pipes can present a dilemma. Alternatively, cities are finding ways to direct stormwater into the ground such as concrete chambers under park land or constructing basins next to sites that are being redeveloped. Climate scientists have noted that warming temperatures put more moisture in the atmosphere, leading to heavier rains and more localized flooding.

Sewer assessment advisory: St. Paul’s sewer department has begun its annual testing for sewer system safety. This will be on-going through the end of October. The testing will be performed north of University Avenue, between Snelling Avenue and Rice Street. Crews will inject simulated smoke into the sewer system to find leaks and defective connections that may need repair.

Contact Perma-Liner for info on cured in place pipeline!